Pick Stuff Up, Put It Back Down

One of the benefits of Allen and I moving to a new, bigger city is that they have an affordable gym option. He and I have been wanting to go to the gym more regularly for a few years, but the options in our old town were very limited. Shortly after we moved and settled in our new city, we signed up for the gym! 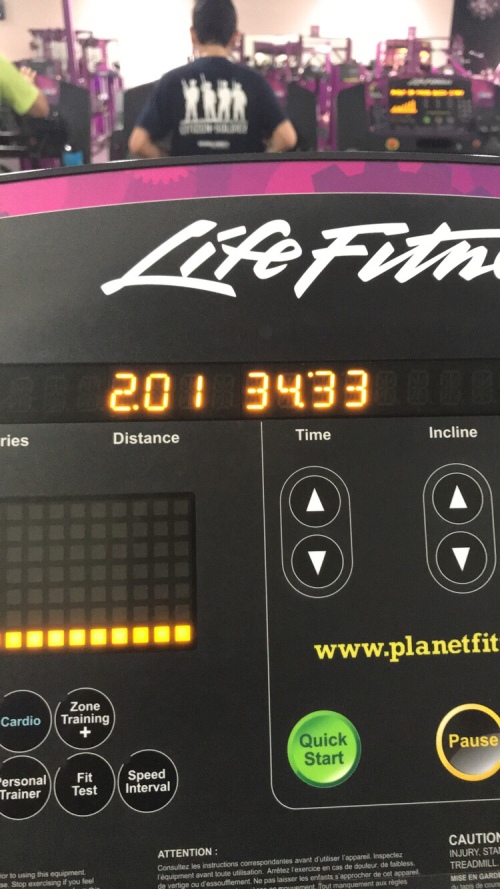 However, I hung out with my friend Kristina who is starting to go to the gym now too. She talked about her friend showing her how to lift weights and she was also doing Whole30. A couple other friends of mine had also done Whole30 and between that and running they had lost some weight. Kristina showed me how to use a couple of the machines at my gym when she visited. (It was tough.. see photo below) However, my interest was sparked. 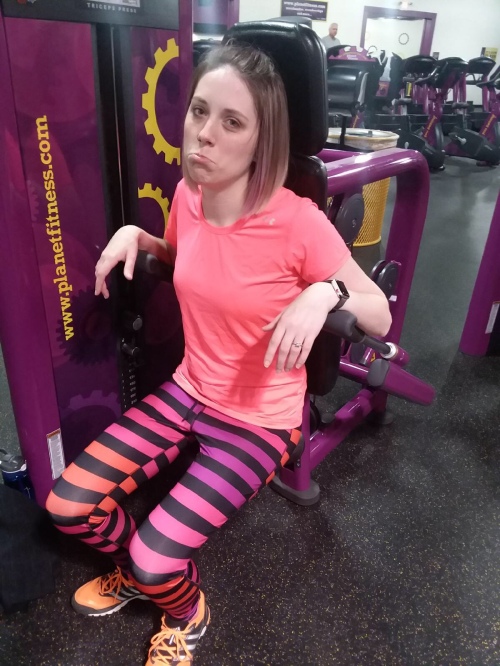 While running on the treadmill I would catch myself staring at the people using the free weights. What was stopping me from doing something other that treadmill? Well, for one, I had no idea how to use anything else. I was scared of injury, or screwing up, or a myriad of other things. I wanted to be happy with my body, and I knew that happiness would come through seeing what I was capable of. I’ve always been embarrassingly weak and pathetic. It was finally time to do something about it. 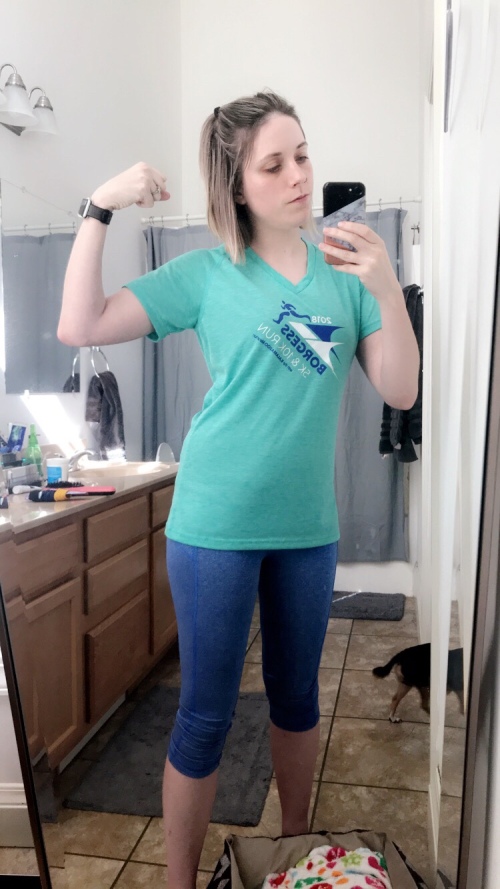 I finally reached out to a wonderful gal named Taja on Instagram. She’s a type 1 diabetic like me, but she’s a fitness coach. We got to chatting and through a couple conversations she agreed to take me on as a client. I was finally read to start my fitness journey!

Taja and I have been working closely on a custom tailored eating and workout plan. I’ve been eating TONS of protein, lots of lean meats and plenty of veggies and even only a couple of weeks in, I’m already seeing differences. I have baby biceps starting to appear! My clothes are already fitting better. I have more energy every day. And I actually look forward to going to the gym. High school Abby would NEVER have been excited for anything close to the word “gym.” 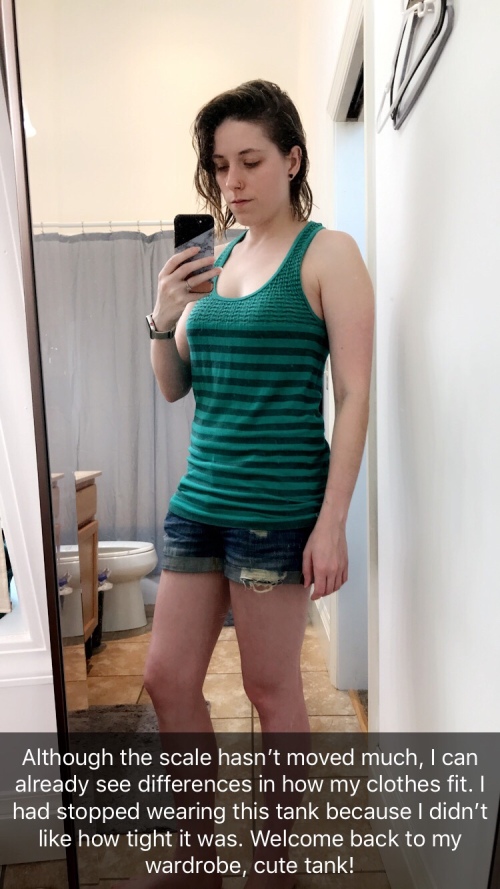 I’m not an athletic person. At all. I am not built for this, not even for running. But with a lot of consistency, hard work and dedication, I’m thrilled to see where this journey takes me! 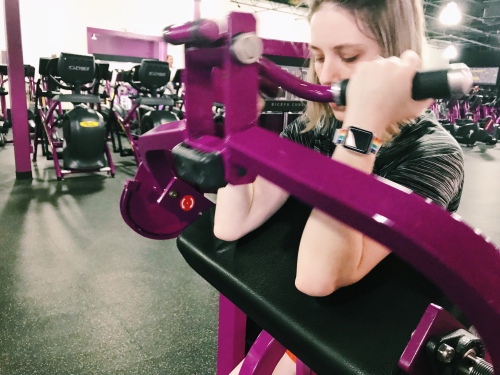 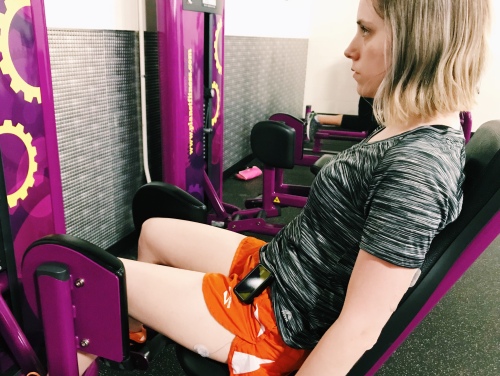 Four years ago, I got my first insulin pump, the Medtronic 530G. 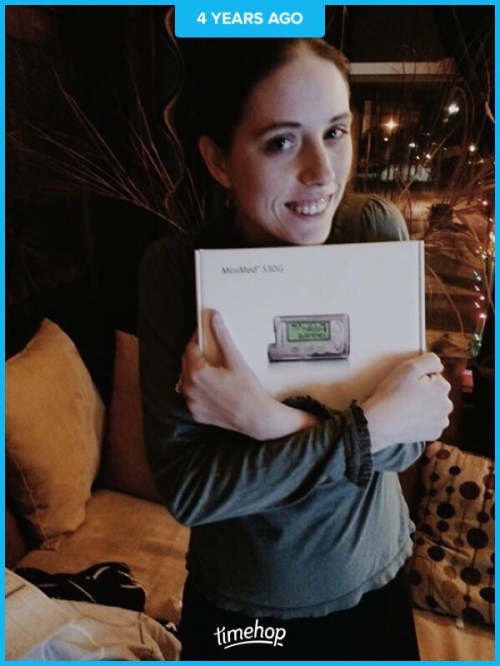 After four years, your pump goes out of warranty. At that time, you’re able to upgrade through insurance. So, back in July, I began the process of getting my new pump even though I wasn’t out of warranty until December. (Of course, the Tandem rep laughed at me in July because it was way too early to even start paperwork or anything).

After 3 weeks involving 37 phone calls (no joke!), I finally have my new insulin pump in hand: the Tandem T-Slim X2. 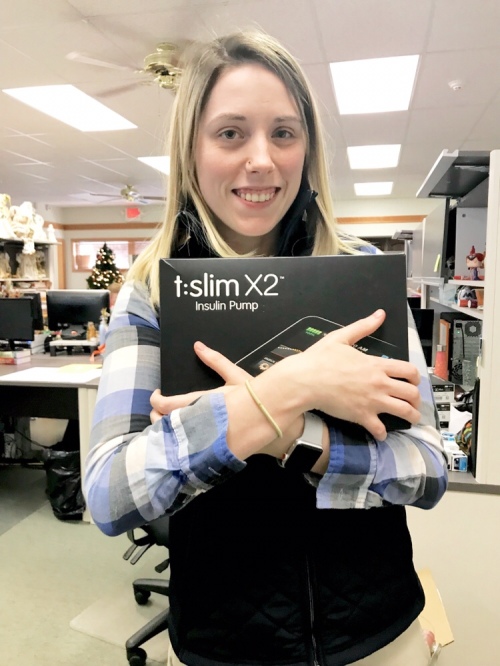 I’m so obsessed with this pump. It’s rechargeable so I don’t have to worry about always having spare AAA batteries on me. It syncs right with my Dexcom G5 so if my phone dies or gets misplaced, I can still monitor my blood sugar. It’s touch screen and doesn’t look like a damn pink pager. 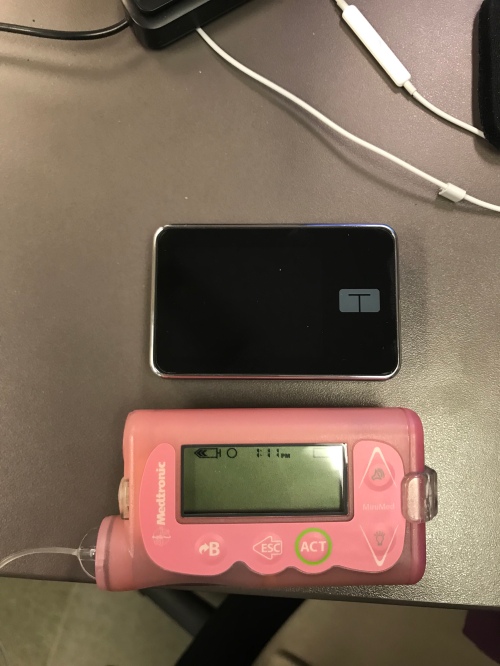 After 2 days, here’s my impression so far:

The T-Slim’s more precise boluses are great, and although there are more steps for the bolus screens on the T-Slim and some people may find that irritating, I feel like it’s a good safeguard against accidental incorrect boluses

T-Slim’s screen is bright and easy to read 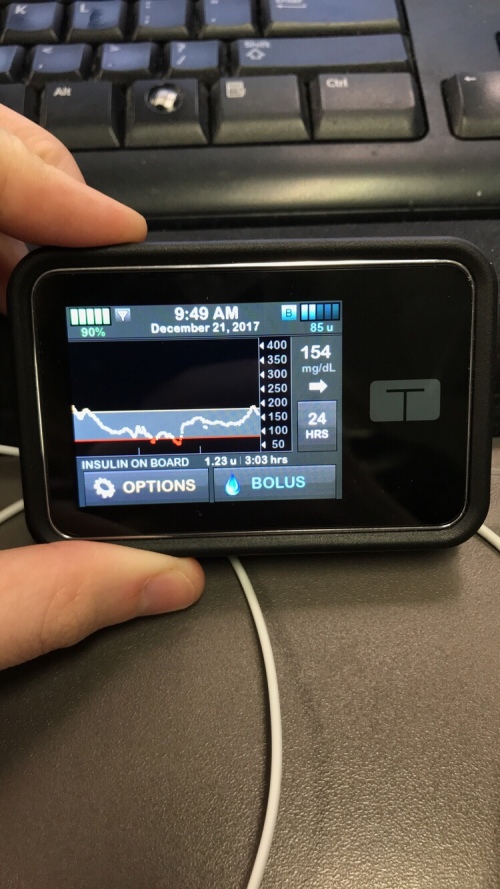 Even with everything on vibrate, the T-Slim still audibly alarms when you’re starting a new cartridge, you’re below 55 mg/dL, and when you plug it in to charge (not so great when I’m at work in my quiet office) However the Medtronic also audibly alarms when you’re starting a new cartridge and also all the time when the battery is low, which happens after like 2 weeks and then you can run on a low battery for another 3 weeks-ish, so Tandem gets the point on this one

Tandem doesn’t have a Quickset equivalent so I have to use their Mio equivalent. I’m not a fan of Mios but I will get used to it eventually

The T-Slim’s case (and specifically the metal belt clip) feels so much more secure and heavy-duty than Medtronic’s flimsy plastic belt clip did. We will see how it holds up 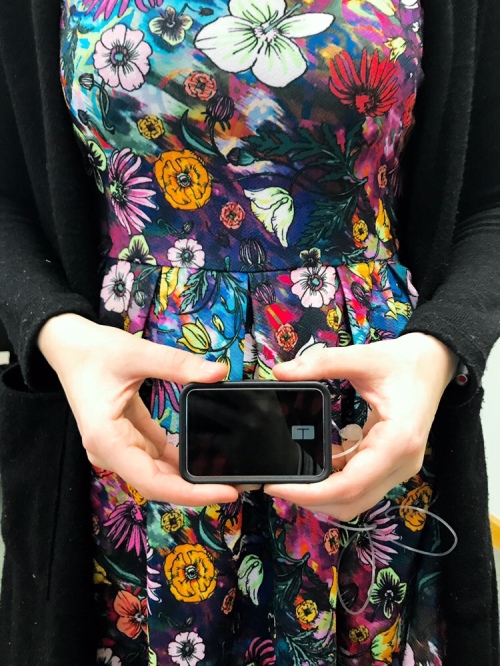