For many people, 2016 was a horrible, no good, very bad year. So many celebrities died. Brexit happened. A very strange US election happened. All among other things.

It feels almost like a bad thing for me to be saying that because so many people around me had such a terrible year, but it’s true. 2016 was great in so many ways for me.

END_OF_DOCUMENT_TOKEN_TO_BE_REPLACED

I have really been slacking off in blogging. Unfortunately, diabetes doesn’t slack off. Ever.

I reached my four year diaversary in July without much fuss. I just didn’t have the energy to “celebrate” this year like I have in years past.

I think I’m dealing with a bit of diabetes burnout. My numbers are still okay, I’m just feeling more.. Blah about the whole process. I’m not nearly as excited to educate others here recently. That’s a weird realization and an uncomfortable thing to be saying [writing], considering that is my entire platform on this blog. But I think we all go through ups and downs and phases. I know I wasn’t always a super vocal advocate so I suppose it would be normal to go through a period of time where I tone down the advocacy a bit.
Not that I’m any less passionate about the subject. Just less vocal, for now.

We’ve been very busy on the photography side of the house this summer and it will continue well into the fall as well. 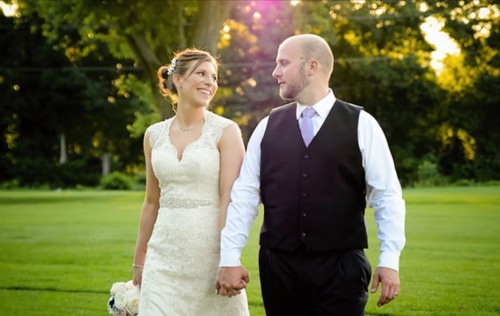 I’m not ready for summer to end. I’ve been involved in a lot of other activities this summer, including a dodgeball tournament for my work, playing LOTS of Pokemon Go (and even dressing the part), making new friends, hitting up the beach and getting some horrific tan lines, getting my hair colored for the first time in 8 years, and preparing to be part of a pilot program for telecommuting for my work. 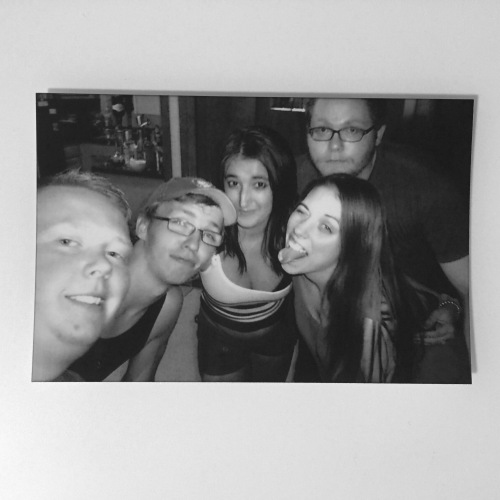 So overall, I’m happier than I’ve been in a long time. I have some of the most amazing friends on the planet. I’m enjoying life and of course not letting diabetes ruin any experience for me, even the beach.

I can never say enough about how grateful I am for the Dexcom Share technology, which is a direct result of the Nightscout developers and the #WeAreNotWaiting movement. They made wizardry with diabetes supplies and pressured companies to make data more accessible. I don’t know how they did it, other than some kind of tech magic. 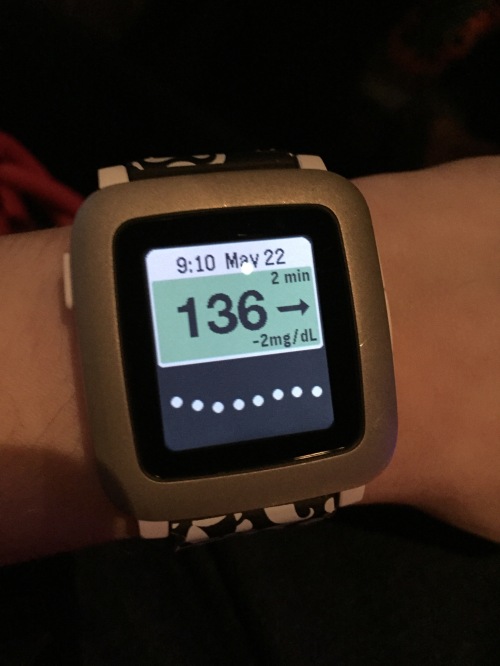 I had an engagement session today and I watched my blood sugar on my Pebble watch throughout it. Nothing major happened at this shoot. My life wasn’t in danger due to a rapidly rising or falling blood sugar.

However, simply HAVING the technology and KNOWING that I was fine the entire time? It’s so beyond the thanks I could ever say. The peace of mind is truly priceless, because when I’m not distracted by wondering what my BG is, I’m able to give 150% of myself into what I’m doing. And that’s when the magic happens.

Allen and I went on quite the adventure here at the beginning of 2016. We started out with our apartment being renovated and expanded, adding almost 50% more space than we originally had. It’s so wonderful to have more space and we’re very grateful for it! 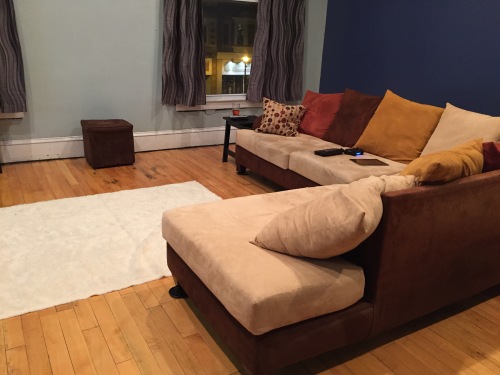 Then on the 2nd, we threw a surprise 25th wedding anniversary party for Allen’s parents. We had been planning it for 2 months and somehow managed to pull it off without his mom being tipped off to the surprise. It was a blast!

Only a couple days later, we left on Allen’s birthday for San Francisco, California. One of my best friends, Elizabeth, was getting married so we flew out to photograph her big day, and piggybacked a vacation on top of it.

It was beautiful and we had such a great time, but one story from our adventure in particular stands out as one I want to share here.

On the second morning, I woke up in Elizabeth’s apartment where we had been staying and went into the living room where I ran into a stranger in her apartment. I quickly learned this stranger was a friend of Elizabeth’s from back home in Virginia named Julie.

Julie sat down to have breakfast, and I started to do a site change. Julie and I were talking the whole time I rewound my pump, drew up the insulin, etc and she didn’t seem alarmed or even like she cared, and I was still so jet lagged, so I didn’t elaborate on what I was doing.

Soon enough, Elizabeth came back from her eyebrow appointment and got in the shower. A few minutes later, there was an unexpected (to Julie and I) knock on Elizabeth’s door. I opened it to about 10 members of her family who had just arrived from Virginia. Luckily, Julie knew them, and Allen had just woke up, so Allen and I made quick introductions and headed off for our adventure for the day.

Later that day when I saw Elizabeth again, she informed me of a funny conversation that had transpired after Allen and I left. Somehow, it was brought up that I had stabbed myself with a needle and medicine from the fridge in front of Julie. Elizabeth’s brother, Porter, had freaked out, thinking his sister’s friend was a drug addict. Luckily, Elizabeth quickly explained that I was diabetic, not a crack addict. So of course, Elizabeth’s family’s first impression of me was that I was a drug addict and was shooting up in her kitchen at 7am.

Note to self: Take a minute and explain what you’re doing to a total stranger when in a one-on-one situation. Lol! Luckily it became a source of humor for the rest of the trip. Oh, and the wedding went beautifully!

Last week, I was able to see my all-time favorite band play live, and I also got to meet them! 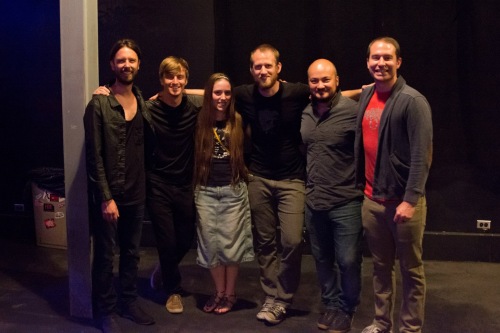 Mae’s music changed my life. Their lyrics and melodies have brought me so much comfort in bad times and joy in good times. It was absolutely amazing to be able to meet the guys behind the music that has so heavily impacted the last 10 years of my life.

END_OF_DOCUMENT_TOKEN_TO_BE_REPLACED

Facebook has been a wonderful way to meet people in different communities – I’ve met a ton of people through the DOC (Diabetic Online Community) through various Facebook groups, but I’ve also made connections with numerous photographers as well. Most of the photographers are very far away from me, however I met a lady named Sarah who lives only an hour and a half away from me. 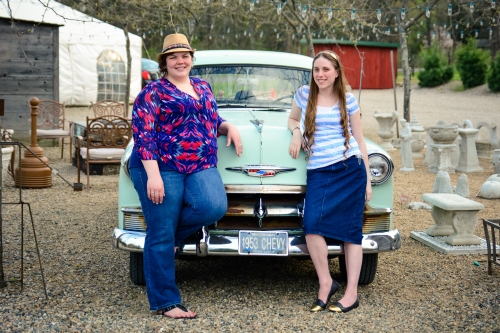 END_OF_DOCUMENT_TOKEN_TO_BE_REPLACED

Be Nice to Photographers in October.

…They have a lot of crop to deal with.

I saw that somewhere on Facebook, and it is so true! We shot four weddings, a maternity session and a couple’s session in September. Yesterday we shot our last wedding of 2014, today is an engagement session and another engagement session next weekend. I actually can’t import the wedding I just shot on my computer because I am out of free space!

(a behind the scenes photo from yesterday’s wedding with a fighter jet!)

To say we’re busy would be an understatement. That is why my blog hasn’t been very active lately. However, I have some great blog posts on the horizon. Just gotta get through busy season (and try to manage my blood sugars in the process)! 😉